In a few short months, Microsoft will officially stop supporting Windows XP, which has been widely recognized as the most popular operating system to date. 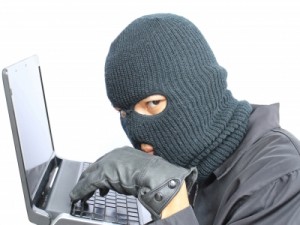 When support officially ends, no further updates or security patches will be made available to users who still run XP as their OS. The big concern for those users will be whether or not malicious attackers will still look to exploit unsecured holes within the XP operating system, gaining access to potentially hundreds of thousands of machines over everyone’s always-on Internet connections.

According to a recent article by ZDNet, it’s estimated that nearly a quarter of PCs worldwide still run XP. If exploits are discovered and taken advantage of, this could still create some serious issues for both home and business users who run XP on their machines.

Keeping an up to date anti-virus program on XP machines will help protect against some potential issues… but it’s not 100% security. Microsoft has announced that it will still provide anti-malware updates and support through mid 2015, but in the long run XP users still face potential issues unless they upgrade.

Businesses that have computers on their network that still run XP are being strongly urged to upgrade, and for good reason. Hackers could conceivably target XP machines in order to gain access to locally stored data, and in fact may have already identified key exploits in an effort to attack those once support officially ends. Companies are encouraged to protect their networks with a secure and updated firewall, but upgrading from XP is still the best step.

In addition to computers on their office network, businesses also have a security risk if they have employees at home telecommuting or storing copies of company data on XP machines at their place of residence. Companies are encouraged to identify any employees who may still use XP at home, to help ensure their data security.

Windows XP was a fantastic OS for users worldwide, and there’s no doubt about it’s popularity with desktop computing. However, now is the time for both business and home users alike to make plans to upgrade and move away from XP to help protect their personal and financial data. If you still run Windows XP, we strongly encourage you to look into a new OS to help ensure high levels of protection against malicious attacks.

Phishing Alert (05/11/2022): We have received reports that some users have received emails purporting to be from Meganet. Please note these emails are phishing attempts and should be deleted immediately. We will never send out emails of this type. Thank you.
close
Toogle Down