5 Things About Colocation That Will Help Your Company

Server colocation is a topic that comes up often in many IT departments. While it can be a good idea to have some servers onsite for ease of use and access, there are more than a few instances where colocating your servers in a secure datacenter can often provide a higher benefit than keeping them inside your office or company’s physical space.

Here are five specific reasons why colocation services can help your company both improve performance as well as potentially help reduce your costs!

Increased bandwidth – Companies that host their servers internally understand that the bandwidth to (and from) those servers will be based on both the type of Internet connection into their office, as well as on how much traffic it’s users are taking up during the course of normal business operations. An office that has a 10M Metro Ethernet connection will see that bandwidth shared out between server traffic and employee use. If they were to colocate their servers at a data center, they could opt for much higher bandwidth to their servers, and know that the bandwidth would be exclusively used by traffic to and from those servers, instead of sharing it with employees. Since many data centers hand off traffic over a VLAN, it’s very easy and quick to upgrade bandwidth as needed, and colocation customers are only paying for the bandwidth itself, unlike a dedicated Internet connection where most of the costs are taken up by the physical delivery method (such as fiber). 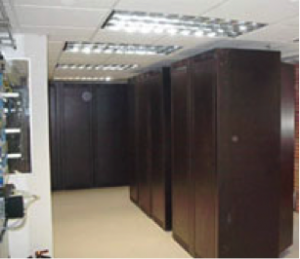 Geographic redundancy and failover – Data loss is quickly rising to the top of business IT concerns. Companies need to make sure they are protecting themselves against data loss from hardware failure and/or local disaster. By colocating servers in a data center, businesses are ensuring that a local disaster (such as fire or flooding) will not cause a massive data loss. Further, if a business suffers a prolonged power loss, if their data is on colocated servers that power loss won’t prevent remote employees and customers from accessing that data. Business operations can still continue on a reduced level, rather than grinding to a complete halt.

Security – Many data centers meet or exceed different regulatory conditions in industries where customer data needs to be protected, such as finance and healthcare. Colocating your servers will protect them from physical theft or local interference. Unfortunately, an unknowing or unsuspecting employee accidentally unplugging the wrong thing, or activating the wrong process can cause a catastrophic hardware failure. Colocating servers helps drastically reduce the chance of that happening.

Reduced cost to operate – As we noted above, bandwidth to colocated servers is typically much less expensive than delivering bandwidth directly to a company’s physical location. Reduced costs on bandwidth allow companies to save big on that aspect of colocation, and also allow companies to get even more bandwidth for better server and application performance. In addition to bandwidth, companies also need to consider their environmental costs – power and cooling. Data centers are already equipped with sufficient primary and backup power sources, and have heavy duty cooling throughout their facilities to protect the equipment they provide services for. This helps companies reduce their local power consumption and also helps reduce their energy footprint as well.

Room to expand – Companies that find themselves growing and adding appliances can often find themselves short of space. Even with server virtualization, hardware and equipment can still take up a lot of physical space. If your servers are in a data center, it’s quick and easy to expand, whether it’s just for two new small servers, or you need a whole new cabinet (or three). This helps ensure that your company won’t run out of space while freeing up valuable space resources in your building.

There are a number of other reasons why colocation makes a lot of sense to businesses both small and large as we move to a more data-centric economy. Hopefully the five reasons we presented will help you build a case to increase your company’s performance while reducing cost overhead with dedicated server colocation.