Is Your Web Browser Secure?

Microsoft once again found itself embroiled in a security issue when it was announced that multiple versions of Internet Explorer had a known vulnerability so bad that the US Department of Homeland Security advised web surfers to stop using it. Thankfully, the issue was fixed in both IE as well as Windows XP (despite Microsoft’s end of XP support) and users can now surf the Internet safely in IE.

Although mobile web usage is quickly growing, businesses are still using the Internet on their desktop computers for the most part. With the push of services into the cloud over the last few years, more and more of that time spent using the Internet is being done through a web browser, rather than a range of various software clients. So it’s critical that companies ensure that the browser their employees are using to access the web are secure; it’s just one of many layers of security in addition to other features such as managed firewalls.

Browser security has been a hotly contested topic for years, and most likely will continue to be one for years to come. The traditional train of thought has been that Internet Explorer is one of the least secure browsers, in comparison to the other more well known browsers such as Firefox and Chrome. In fact, a survey conducted by Sophos, a leading industry security firm, showed that 75% of respondents chose either Firefox or Chrome as their choice of most secure browser, with IE claiming a mere 8% response rate.

Why do so many web users feel that IE isn’t secure? For starters, the recent issues are the latest in security concerns with Internet Explorer. Certain vulnerabilities were made public in both 2008 and 2010, resulting in security patches and recommendations to use alternate web browsers. In addition, browsers such as Firefox and Chrome are built off of open-source platforms, so potential issues can be identified and patched much faster due to the amount of developers who have access to the browser source code. Since Microsoft fully controls Internet Explorer, outside developers can’t build and help present security patches, leaving more holes open for longer periods of time. Of course, IE isn’t the only browser to have had recent security concerns either.

Internet Explorer’s market share has been declining steadily as well, trailing both Firefox and Chrome in global usage. Some of our clients have let us know that they’re required to use Internet Explorer due to internal policy, or specific applications that require them to use IE for best performance. Users that are tied into only using a specific browser need to make sure they keep it as up to date as possible, and keep an eye on any news items that may help them keep their web use (and their information) as secure as it can be.

The good thing about Internet usage and software is that there are almost always a number of possibilities available to users – some proprietary, some open source. It never hurts to review what’s available and make sure your choice is both the most functional, as well as the most secure to keep yourself and your office network protected. 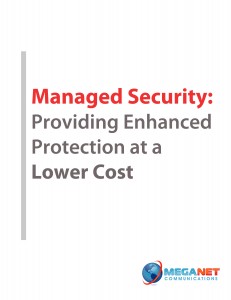 If your business is concerned with security, download our free eBook ”Managed Security: Providing Enhanced Protection At A Lower Cost” to help determine the best methods to help keep your company protected.