Digital Voice/VoIP and Your Call Quality

Digital Voice is among the most popular telecom services being offered right now. Large national carriers have entire marketing campaigns based around it (usually offered as part of a bundle of services), and businesses of nearly every size are quickly learning that it’s cost-effective as well as easily upgradeable and expandable.

At it’s core, “Digital Voice” is really just VoIP, Voice over IP. It’s an easy way to deliver dialtone to customers over an existing high speed Internet connection, at a fraction of the cost of traditional analog voice.

Some people hear Digital Voice and immediately grow concerned over call quality and reliability, as they can remember what some VoIP calls were like when the service was in it’s infancy. We’ll be the first to admit, some of the earlier VoIP calls we were part of sounded… well, dreadful to be honest. 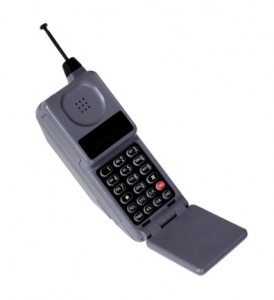 Remember those giant gray cellphones with the orange display that you couldn’t keep in your pocket because they were so big? Those often had better call quality than VoIP did in the early years.

Digital Voice has certainly come a long way since those tinny sounding calls filled with pops and clicks. Not only has the underlying technology improved, but the Internet connections carrying that Digital Voice traffic are now faster and have much lower latency as well.

Those two key issues are why Digital Voice is now a very viable option for both homes and businesses alike. Call quality is no longer a concern with how clear calls sound nowadays; in fact, some Digital Voice providers are actually adding just a slight, minimal amount of white noise in the background of calls. The call quality is so clear that when all the parties on the call are silent, it almost sounds as if the connection has dropped – that’s how crystal clear Digital Voice has become.

Of course, one of the primary drivers with Digital Voice call quality is the Internet connection being used to deliver the service. If the Internet connection is of poor quality, then the call quality may be poor as well. However, the same holds true with analog voice service, if the copper lines are old and problematic then the phone calls may experience echo or background noises. So the issue of quality remains the same across both types of phone service – if the connection carrying the dialtone has issues, the calls themselves may have issues as well.

Bottom line, Digital Voice provides both the quality as well as cost savings that make it a very attractive service for nearly any customer. Businesses who may have dabbled with VoIP in it’s early stages shouldn’t have any fear about the quality of service or reliability of today’s Digital Voice. It’s a compelling service that’s easy to upgrade and expand, and provides clear service regardless if you have 1 or 100 lines.