Why Do Companies Colocate Their Servers and Services?

Over the past few years, many companies have been taking advantage of cloud-based services. It makes a lot of sense to do so, as cloud-based services often come at a lower price point and don’t have the maintenance overhead that locally hosted services usually have when you factor in hardware and end user support among other concerns. 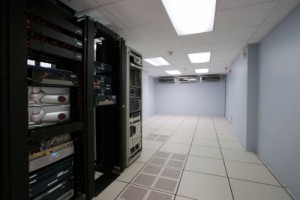 However, when moving to cloud-based services, many companies don’t like the aspect of giving up full control over the processes and ownership of their data. Security and privacy can also become concerns as well, based on the type of data companies may be collecting or distributing. Many of those reasons are why some companies continue to host services locally on their network, when colocation of their servers may be the best option available to them.

Why and when would it make the most sense for a company to colocate their servers and services in a datacenter?

Bandwidth – Data centers can offer much more bandwidth, at a lower price point, than many companies have at their disposal. While mission-critical bandwidth such as bonded T1 lines or Metro Ethernet are preferred, many businesses use DSL or cable modem access due to budget concerns. While the download speed of those services can be sufficient enough, the upload speeds are much slower – so when servers are under heavy traffic from outside users, performance will often slow down. Companies that have a large number of outside users (such as remote employees or customers) accessing their servers would definitely see better performance by colocating in a data center.

Power – In some parts of the country, particularly here in the NorthEast, power costs can fluctuate towards the higher end; paying to power a local server farm can eat up a large chunk of a company’s IT budget. Hosting servers in a data center very often comes with much lower overall operating costs (which includes environmentals and cooling as well). In addition to the costs, the reliability of power can be a concern as well. To use our experiences here in the NorthEast again, severe weather can cause a major impact on service availability. Over the course of a few months we saw a hurricane and a blizzard in New England, both of which knocked out power for extended periods of time. In a global economy companies need to make sure their servers and services have near 100% uptime. Server colocation in a data center usually comes with battery backups, generators with immediate failover, and many datacenters were specifically built on robust power grids to handle load and uptime in the case of bad weather.

Lowered costs – Hosting servers in a data center usually ends up being much less expensive for all the reasons we noted above. Companies don’t need to pay for all the additional power, bandwidth comes in at a much lower price point, and management costs tend to be much lower as well since there’s less opportunity for hardware failure due to power outages or overheating in a poorly cooled area. Even with virtualization, server racks and cabinets can quickly eat up space, so colocating those servers in a data center frees up room for the company to place more employees, have additional storage, or maybe just a little bit more elbow room for everyone.

There can be a few disadvantages to hosting your servers in a data center, the biggest being the loss of immediate access to the equipment in the case of a problem or hardware failure. Many data centers will offer Hot Hands service so they can have someone onsite help fix the problem, or will allow 24×7 access so a 2am hardware failure doesn’t have to wait until business hours.

If your company is looking at their infrastructure and considering moving to cloud-based services, take a look at your current server architecture and see if hosting some (or all) of those servers might make a better solution for you. Reduced costs with increased bandwidth and reliability can definitely help improve your customer’s experience and your return on investment.